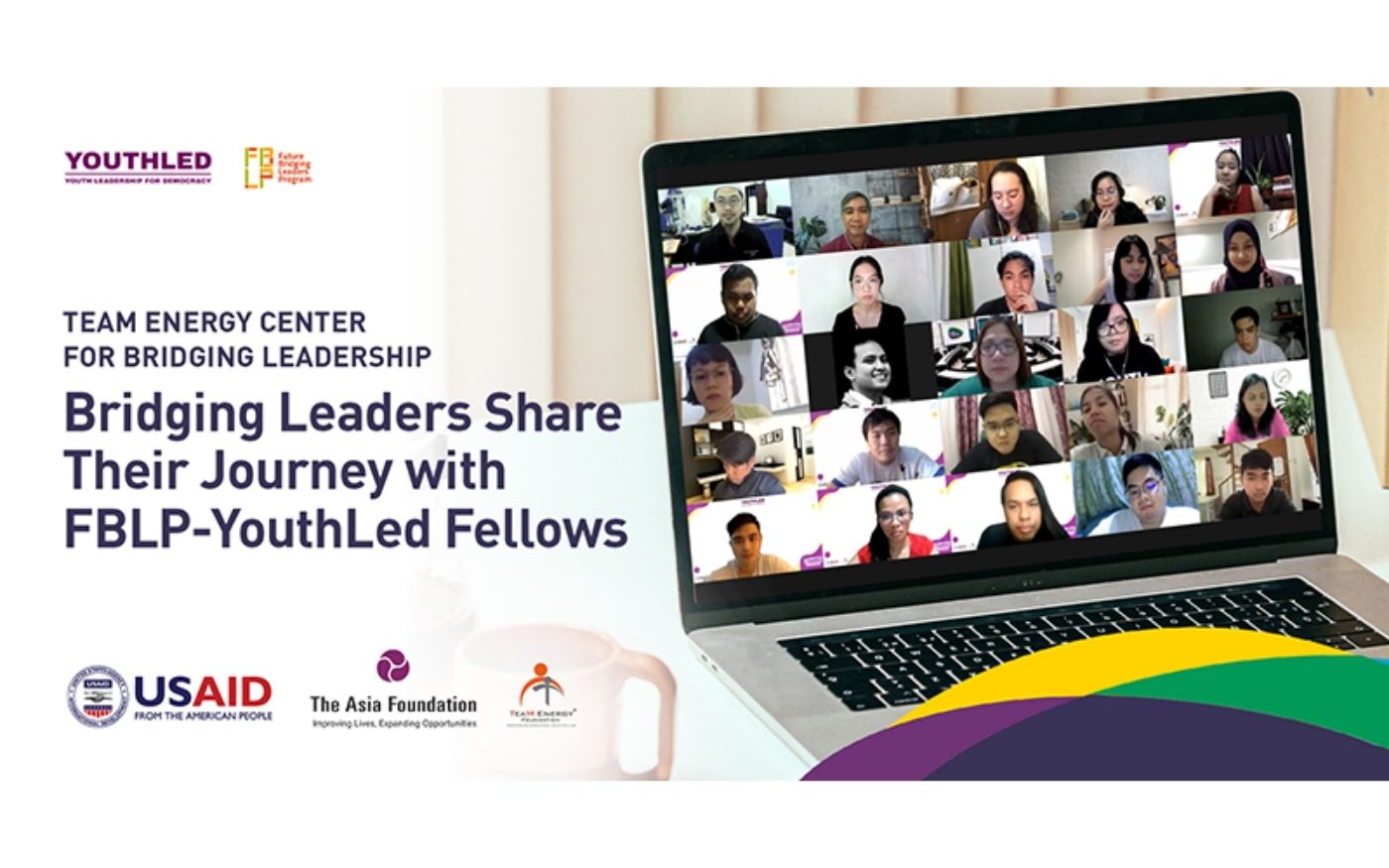 Enriching the discourse on democracy and civic empowerment, distinguished Bridging Leadership alumni of the Asian Institute of Management (AIM) were invited to share their leadership experiences in a Live Case session held online last June 29, 2021.

Serving as part of the first workshop of the Future Bridging Leaders Program (FBLP) 4, the Live Case session sought to give fellows practical insights on how to position themselves amidst societal divides encountered by their communities, and design appropriate responses.

This year, the FBLP is delivered by the AIM TeaM Energy Center for Bridging Leadership (AIM TEC-BL) as a component of the Youth Leadership for Democracy (YouthLed) project by the U.S. Agency for International Development (USAID) and The Asia Foundation.

During the Live Case session, Dr. Sherjan Kalim, Cotabato Regional and Medical Center (CRMC) Blood Bank Head, talked about the entanglement of health and political divides in Muslim Mindanao. Back when he first joined CRMC in 2009, he was confronted with the problem of severe blood supply insufficiency due to the unwillingness of many Muslims to voluntarily donate blood. This is rooted in the long history of armed conflict between Moro rebel groups and the military.

Looking at it from a broader perspective as a Muslim himself, Dr. Kalim shared, he saw that Islamic values connect very well with the concept of voluntary blood donation. Hence, the advice of the Darul Ifta in crafting advocacy campaigns on voluntary blood donation was instrumental in co-creating the process. “As a peacebuilding tool, we helped the communities understand the Halal and Haram concept of blood transfusion,” Dr. Kalim said. Today, CRMC Blood Bank do not only have sufficient stock of blood from voluntary donations but is also able to supply to the National Capital Region (NCR).

Similarly, Jamico Jamlang, Founder and Managing Director of The Bamboo Company, adopted a systems view in developing a change project for his community. He shared that when he was conceptualizing his change project, he sought to address the inequality in access to livelihood opportunities between urban and rural areas. Hence, he developed the Rural Entrepreneurship Incubation & Development Program (REID) which now helps bamboo farmers in Laguna and Rizal by providing them access to wider market and new technologies.

Some of the invited alumni discussed the importance of immersing with communities. Jannah Basman, Founder of Maharlika Taste, said that her initial mindset was on carrying out Business Process Outsourcing (BPO) skills training for mothers of Muslim orphans in Maharlika Village, Taguig City. But after her Rapid Area Assessment, she discovered that they prefer entrepreneurial skills training as they want to earn money while taking care of their children.

Jannah and her team worked together with Muslim mothers to establish Maharlika Taste – a social enterprise that sells Maranao dishes in a jar. “After joining the FBLP, I was jolted to my senses. I realized that a leader is someone who has the sincerity and humility to listen to what the people want and need,” Jannah said.

Earwin Belen, Founder of Urban Agriculture PH, had a similar experience. When he was looking for a pilot barangay for his urban farming project, he had his eyes fixed on a wealthy barangay in Makati City. But his RAA proved that the community residents were not interested in such endeavor as most of them were well-off.

“I asked myself: Who can co-own this project?”, Earwin shared. He found Brgy. East Rembo, a less well-off barangay in Makati City. When he visited the area, he discovered that barangay officials also prioritize efforts to increase food access in their area. Together with them, Earwin built the Brgy. East Rembo community garden which now serves as a prime example of urban farming in Metro Manila.

The value of being ‘insignificant’

Rogerine Miguel, Division Chief at the National Economic Development Authority (NEDA) and Founder of Guerilla Bags & Co, highlighted what she calls “the value of being insignificant.” She said that in their mission to address social inequities, it is very dangerous when young leaders seek awards and recognition as their fuel.

“An FBLP fellow knows that despite the sweat and sacrifices, their role is to become insignificant at the end of the day. When people’s lives are changed, you would say ‘It’s not because of me. It’s because of us, together.’” Rogerine remarked. She stated that the goal of Bridging Leadership is to empower communities so that they themselves can improve their lives in the long-term, and that leaders who started the intervention can get out of the picture.

Youth Leadership for Democracy (YouthLed) is a project of The Asia Foundation and the United States Agency for International Development (USAID). 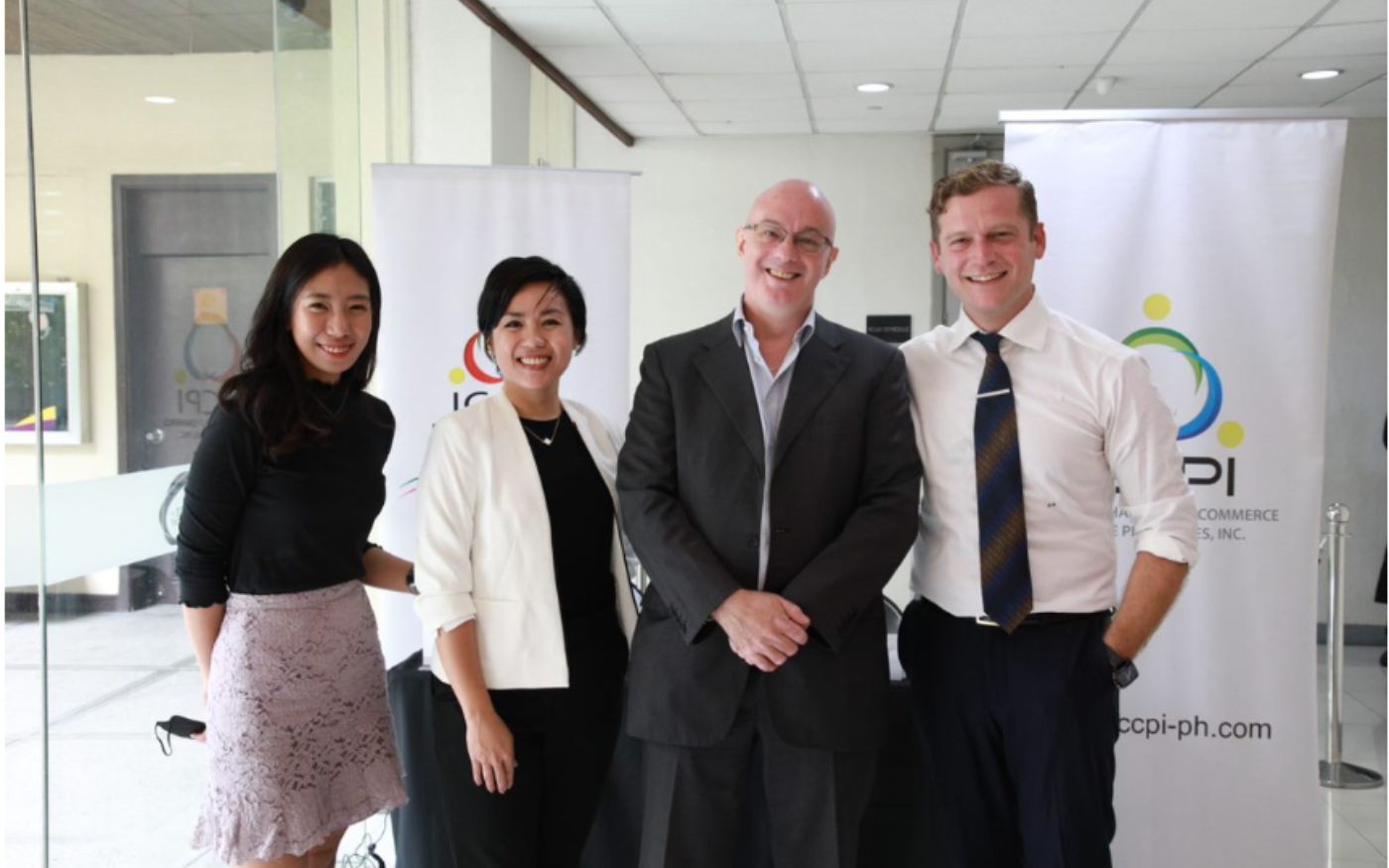 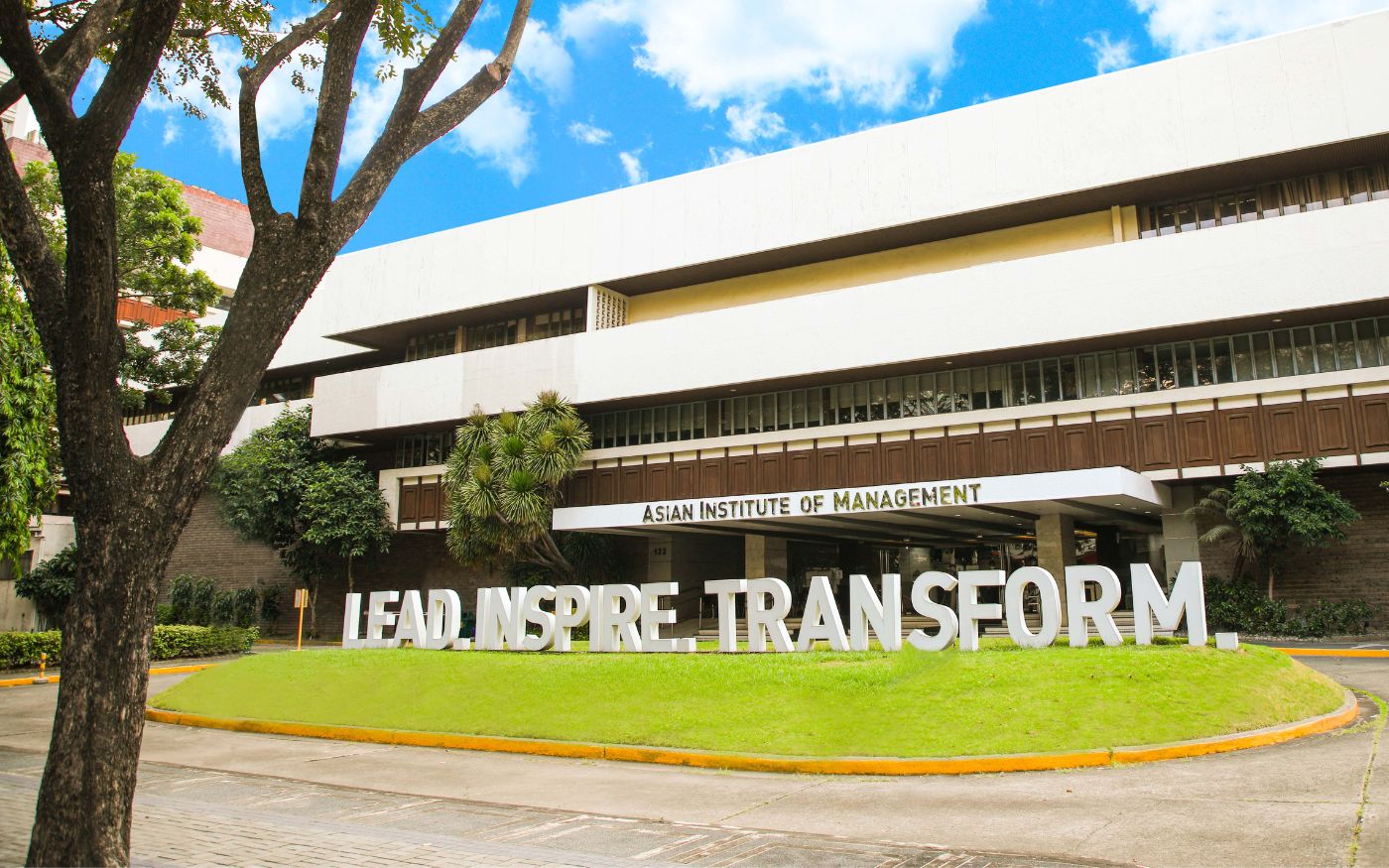