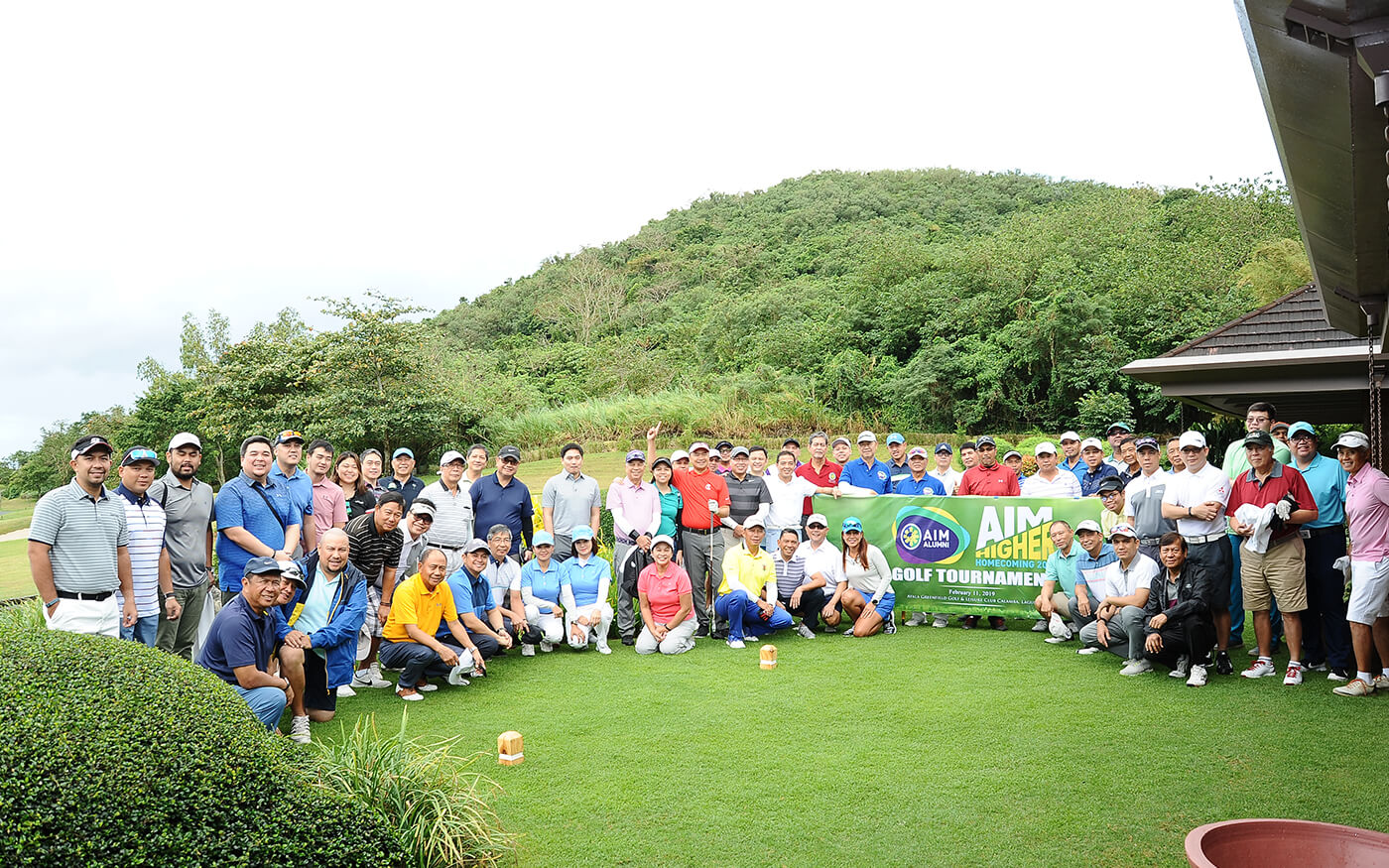 It was a record turnout for the 2019 Homecoming Golf Tournament as 123 golfers matched golfing skills at the Ayala Greenfield Golf and Leisure Club last February 11, 2019. 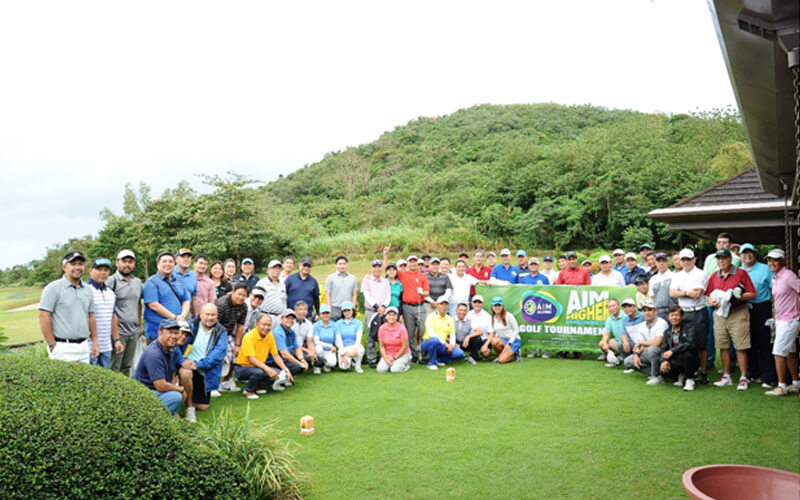 In Photo: Alumni and guest golfers 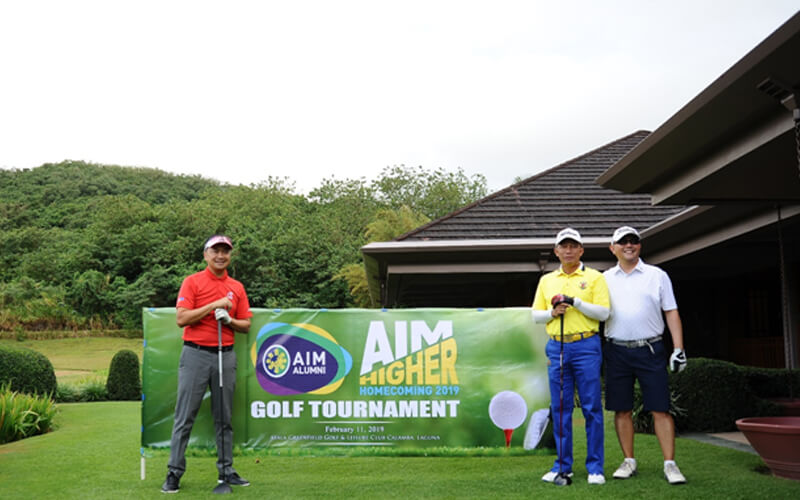 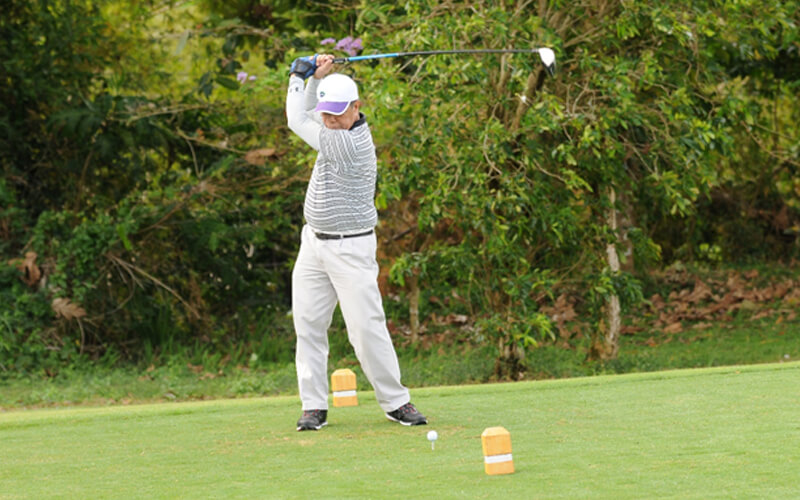 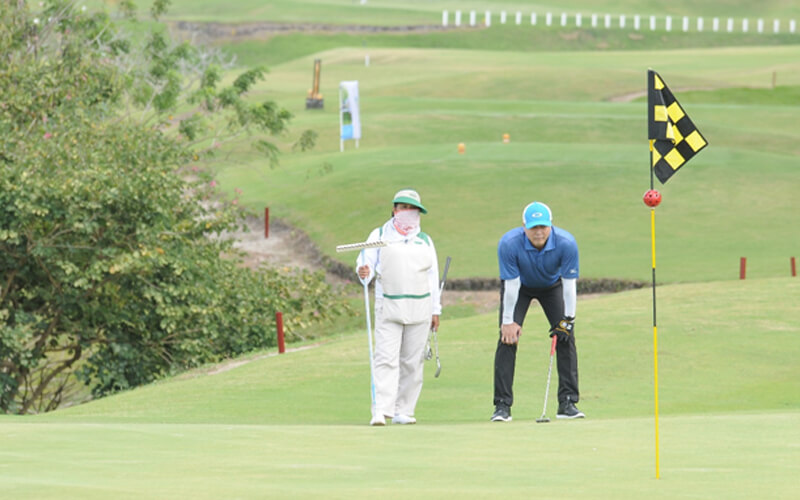 Alumni and guests enjoyed the challenging championship golf course designed by no less than Robert Trent Jones, Jr. Golfing conditions were perfect as sunny skies and a cool breeze prevailed during the entire day. Fast greens and some stiff winds added to the difficulty of the golf course, requiring players to bring out their A-games to score well.

After the round, the golfers gathered at the Club’s Rizal Ballroom for the lunch fellowship and awarding ceremony. As the golfers partook thehearty lunch, they were also treated to a refreshing iced cold beer from San Miguel and cocktails from Tanduay Distillers.

Despite all the travails on the golf course, the players had lots of fun and the camaraderie among alumni and guests was clearly evident. Players fondly recalled their rounds, gamely laughing at both good and bad shots and all the misfortunes that sometimes befall golfers out on the course.

Mr. Allan Tuazon, Homecoming 2019 Chair, and Mr. Ileto hosted the awarding ceremony and raffled off some prizes such as electric fans, bottles of wine, cases of beers and gift certificates from Starbucks and Perez Optical. Lucky golfers won gadgets like power banks and bluetooth speakers. For the major raffle, 2 big winners got to take home a 32-inch and a 40-inch LED TVs. 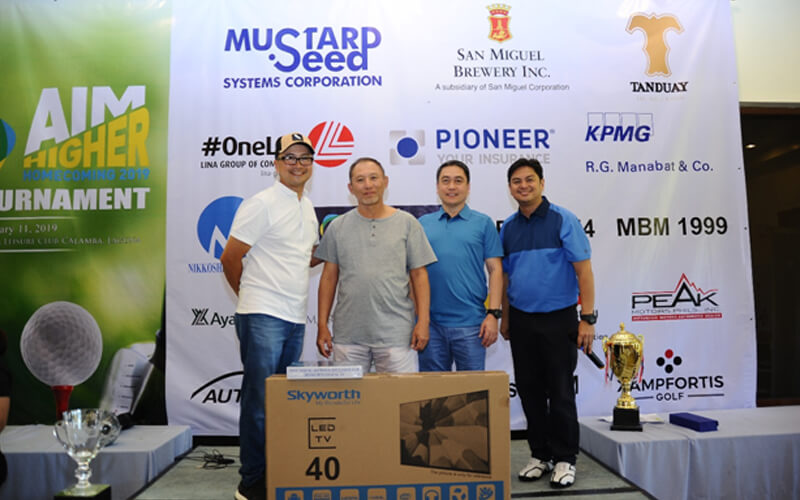 In the golfing competition, MBM 1999 came away with a big win as they bagged the 2019 Championship in the team category and Best Batch Attendance award. Other winners are: 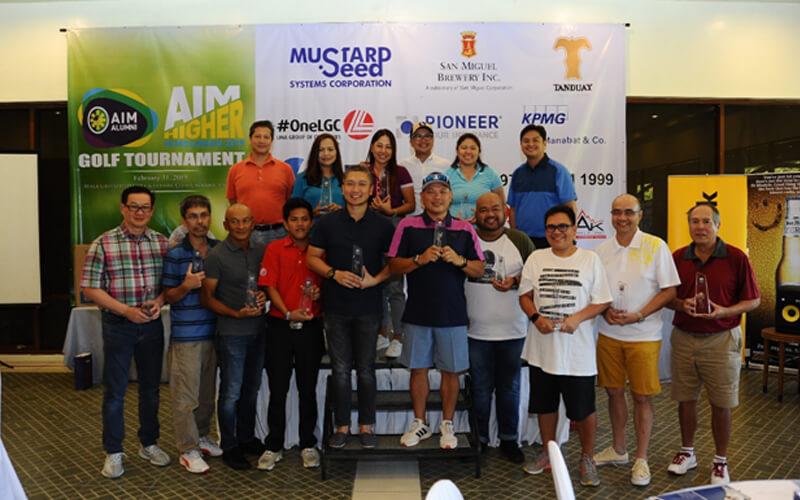 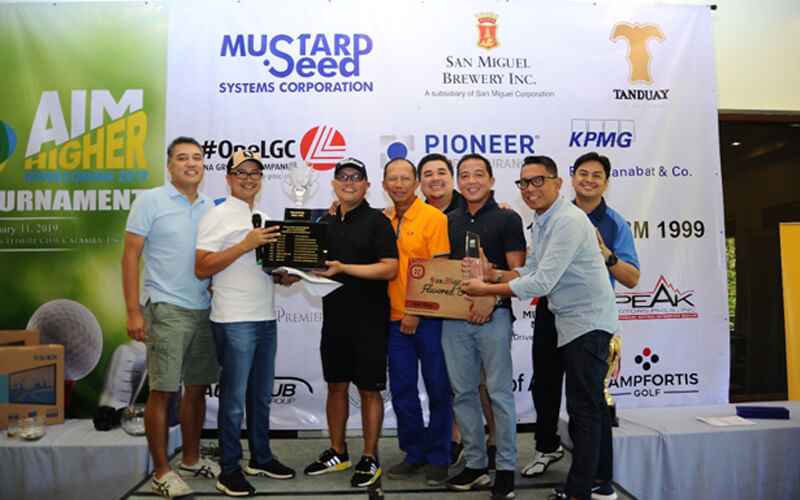