A Tribute to Ed Bañaga, MBM 79 and former Chairman of the Alumni Association of AIM – Philippine Chapter 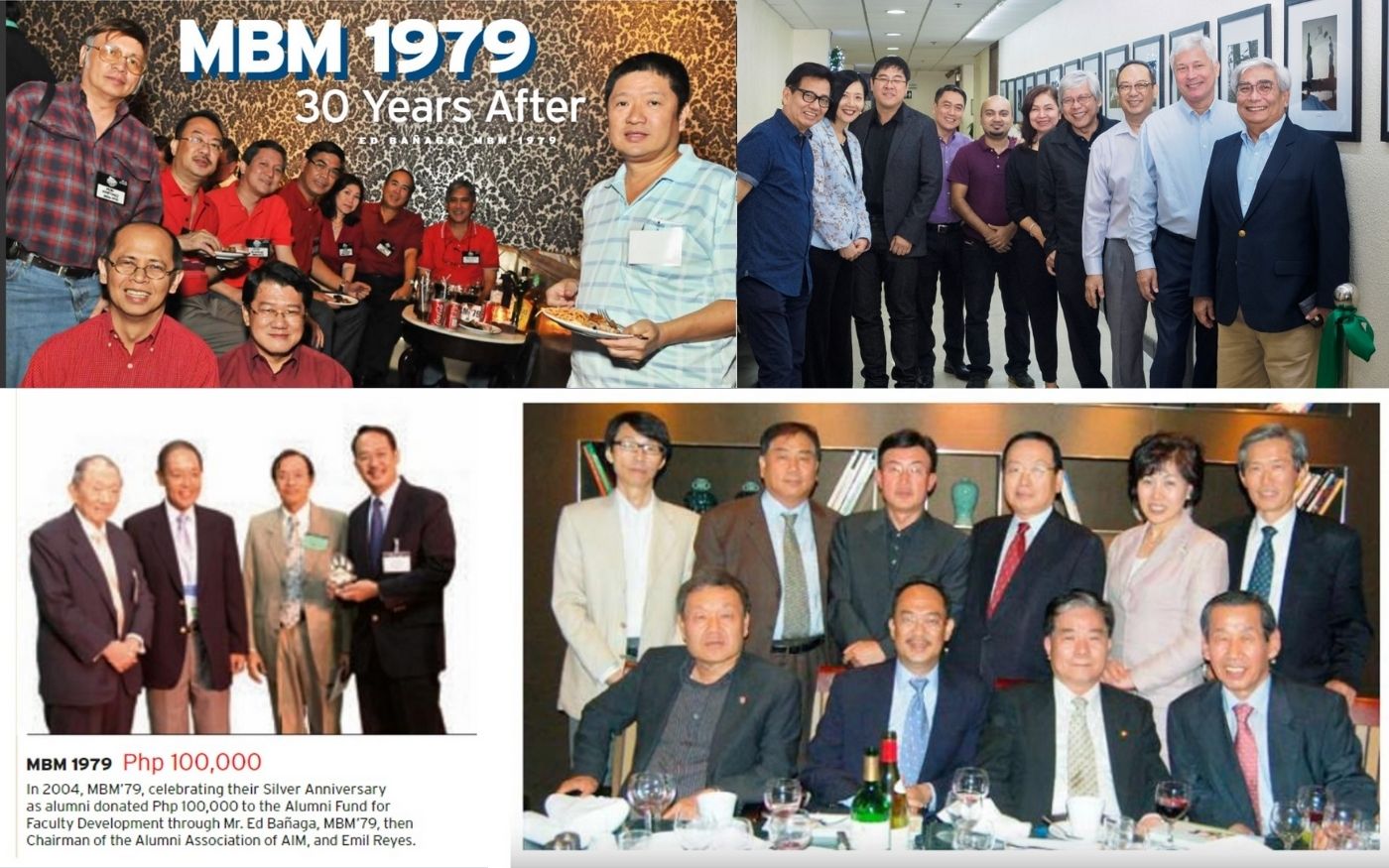 (delivered on August 13, after the Requiem mass and 9th day Novena prayers organized by MBM 79)

Good evening to all.

First, I want to extend my deepest condolences once again to Ed’s family who are with us tonight.  I also want to thank Josie Aliwalas and the rest of MBM 79 for the opportunity to share snippets of my friendship with Ed.

I decided to write this down to make sure I keep within the allotted time.  Otherwise, I might be tempted to keep going.

Ed and I have always had an easy-going friendship from the time we met each other.  We would oftentimes sit together in the alumni events he chose to attend or, he would drop by the office always unannounced, but nevertheless always very much welcome.

It was during one of those visits that I truly learned of Ed’s graciousness and his commitment to AIM.  You can call it pure serendipity because he dropped by shortly after I had concluded a meeting with students who were asking for support and ideas for their newly formed AIM Camera Club.

Ed walking into the office was akin to an answered prayer.  I related to him my meeting with the students and my idea of organizing a photography class and a simple photoshoot contest among members of the student club.  He immediately warmed up to the idea and did one better!  He promised to recruit someone to conduct the photography class and to help organize the photoshoot contest.  Little did I realize that he was already envisioning something much grander than what I originally had in mind.

In a few days, he called and said Jijo de Guzman, also an AIM alumnus and a master photographer of the Camera Club of the Philippines, agreed to do the photography class, which by then had suddenly leveled up to become a masterclass!  But wait, there’s more!  He also found sponsors to give away prizes for the winners of the photoshoot contest, and, to top it all, he generously agreed to print all the contest entries so we could exhibit them on campus.

I was so touched by his generosity that I promised to get him the best venue possible to exhibit the photographs.  One can just imagine the joy and excitement of the students with all of these developments.

So, we announced the photoshoot contest and invited not only the members of the camera club but all students as well to participate.  After the final day of the submission of entries, I turned them over to Ed for printing.

On the day of the masterclass and the judging of entries, Ed pulled off another surprise when he brought with him applicants of the Camera Club of the Philippines to assist in the masterclass and in selecting the winners.  All the students were thrilled no end to see these well-dressed gentlemen wearing white gloves as they gently and very carefully handled the photos to hang them on the walls of the GDLC room (the room beside the library) for the subsequent judging after the masterclass.

As expected, Jijo delivered a fantastic masterclass, and I saw Ed with a very big smile on his face.  It was a smile of contentment and pride in the success of the event.  And, as I promised him, we exhibited the photos in the very center of the Itochu room, the room with the glass wall right beside the library where the Institute’s historical memorabilia are housed, so everyone who passes by will have an unobstructed view of the exhibit.

Needless to say, the event was a big success and the students’ camera club gained a lot of recognition and new members as a result.

There was another project that Ed and I collaborated on, which again became much bigger than originally planned because of Ed’s vision.

One day, Jikyeong made a passing remark about how drab and empty the corridor between the Fuller Hall and the SGV caseroom on the 3rd floor looked.  My immediate thought was to fill it with nice pictures.  When I mentioned this to Ed, it immediately got his juices flowing, and he once again worked his magic.

He got his friends from the Camera Club of the Philippines to share their favorite black and white photographs, which we would then hang on the empty long wall along the corridor.  But Ed didn’t just stop there.  He wanted us to organize this into an exhibit and do a proper ribbon-cutting ceremony.  Of course, I immediately agreed.  There was just one problem.  We didn’t have the budget for the big bash that he was thinking of.  When I told him this, he said “no problem.”  He will ask Mon Abad (God bless his soul), MBM 73 and also member of the CCP, to write the check for the food and drinks.

I could end here, but there’s more!  After a year passed, I received a call from Ed, and he wanted to replace the photographs, this time with colored ones.  He emailed me a file of very nice photos and asked me to select which ones I wanted to replace the old ones with.  I made my selection but told Ed that I would defer to his own choices.

I thought we would simply replace the photos, but Ed wanted another ribbon-cutting ceremony.  This time, he brought along the president, together with some officers and members of the CCP, and we had an even bigger crowd than the first previous one.  And poor Mon Abad had to write a bigger check as a consequence.

It truly is so sad that Ed and Mon are no longer with us.  If anyone would like to see the photographs that Ed himself curated, you can simply visit AIM when the campus reopens and go up the 3rd floor, where they are proudly displayed along the corridor wall.

I don’t know if we can ever do another exhibit with the CCP, but I hope the owners of the photographs will donate them permanently to the Institute in memory of Ed.

Farewell, Ed.  You will be missed, my friend.

Thank you very much.