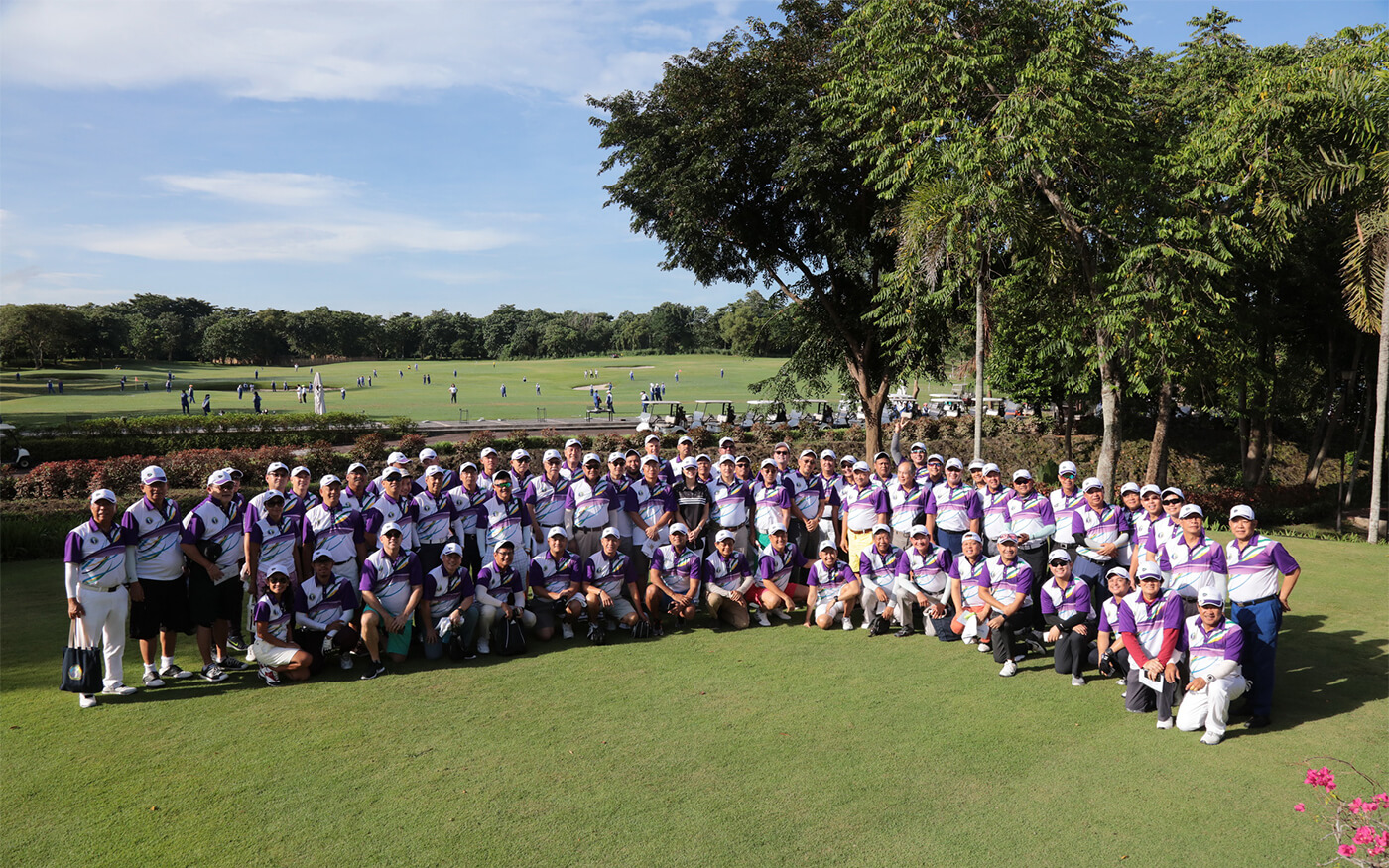 As one of the major activities celebrating the Institute’s 50th anniversary, this year’s AIM President’s Cup was the perfect activity to gather alumni and further strengthen ties with them. The tournament opened with a ceremonial tee-off by the Institute’s President and Dean, Dr. Jikyeong Kang, together with AIM Chairman Emeritus and alumnus, Mr. Polly Nazareno (MBM 1973). 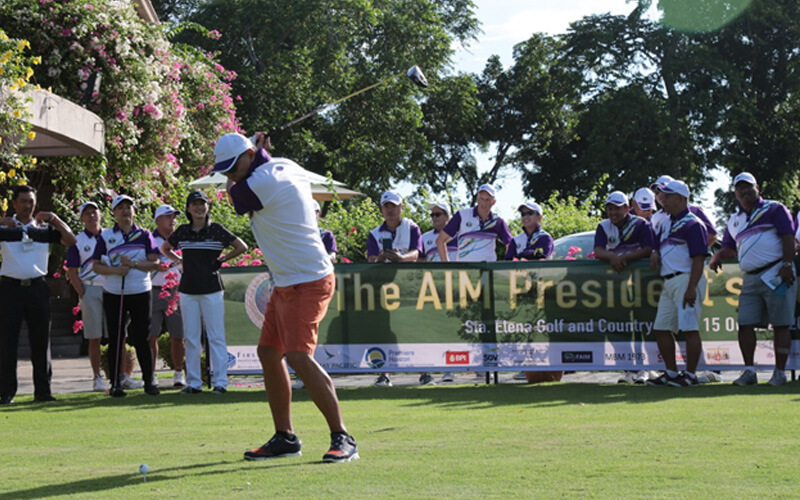 In Photo: Mr. Napoleon Nazareno, Chairman Emeritus of AIM Board of Governors and Trustees during the ceremonial tee-off 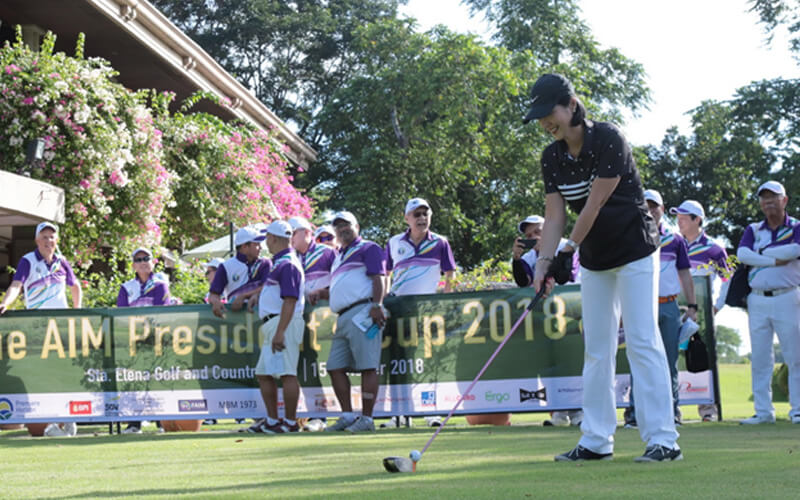 In Photo: Dr. Jikyeong Kang, President and Dean, during the ceremonial tee-off

After a highly competitive round of golf at the immaculate Sta. Elena Golf course, the golfers gathered for a lunch fellowship at The Hacienda room.  Everyone received a door price from various items donated by the tournament sponsors such as: power banks from PNB; gift packs from Unilever, Tanduay and Unilab; bottles of Fundador; and cases of San Miguel Beer. The golfers were also treated to free products of refreshing Carmen’s Best Ice Cream.

The awarding ceremony, hosted by Bernie Jiao, Alumni Relations Office EMD and Jika Dalupan from the Special Projects Office, soon followed.  Dr. Jikyeong Kang gave an inspiring talk and expressed her delight at the big turn-out and thanked the alumni and guest golfers for their participation.

Raffle prizes were immediately drawn after the President’s speech. Some of the minor raffle prizes  included hotel accommodations at New World Hotel, Resorts World Manila and Coast Boracay; coffee makers from Coffee Bean and Tea Leaf; gift certificates from Rustan’s and Starbucks Coffee; Mizuno cart bag; refrigerator and many more. For the major prizes, AIM gave away a gift voucher from Suit It Up Manila and two (2) premium economy tickets to Hongkong from Cathay Pacific. 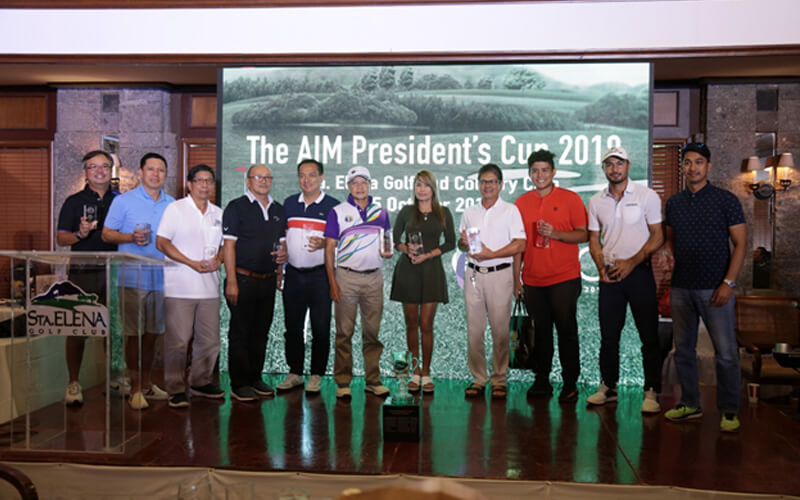 In Photo: Winners of the 2018 AIM President’s Cup

The AIM President’s Cup 2018 would not have been possible without our generous sponsors: (Par Sponsors) First Metro Investment Corporation and Cathay Pacific; and Premiere Horizon.