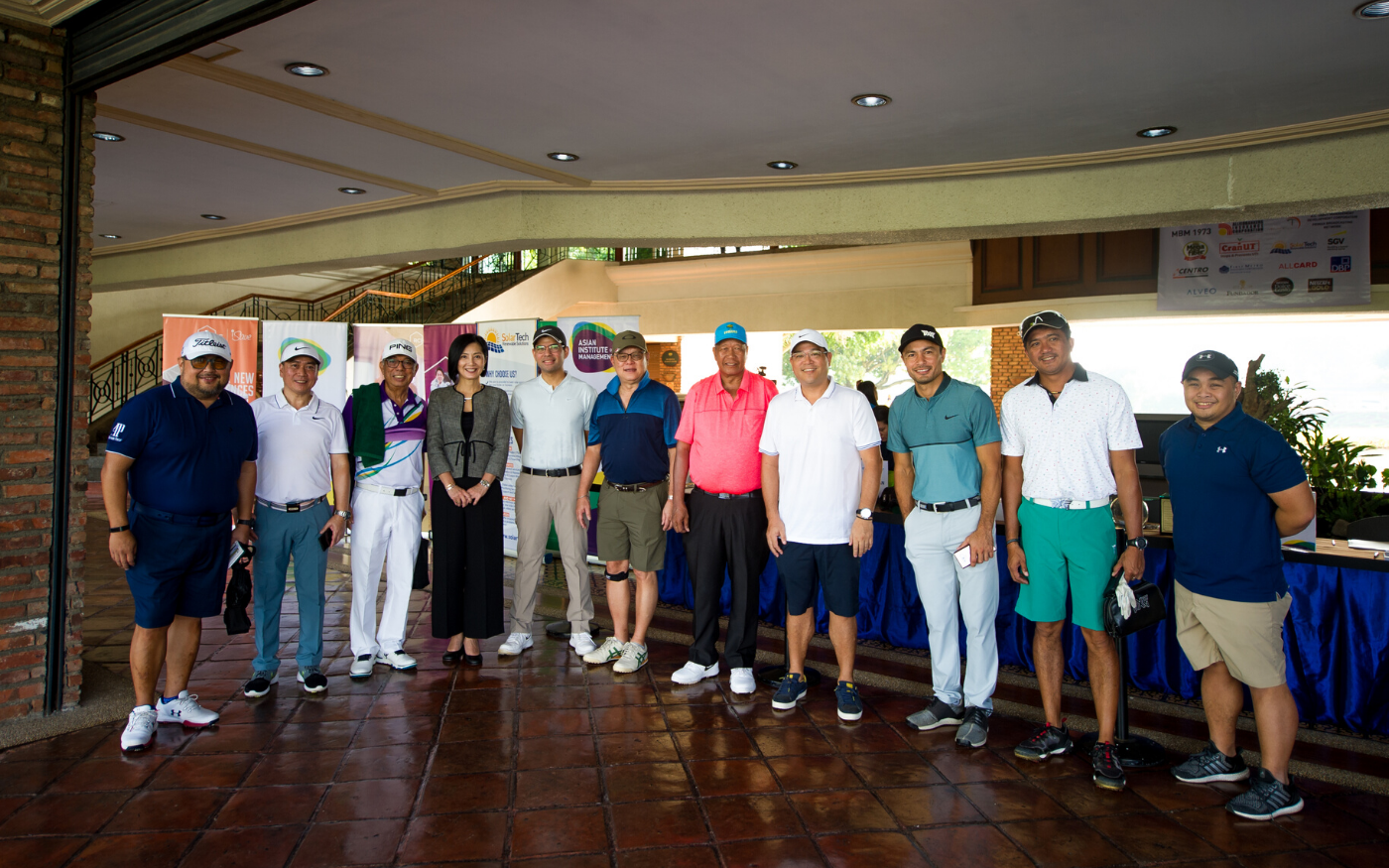 Alumni golfers and guests gathered at The Orchard Golf and Country Club last October 18, 2019 for the annual AIM President’s Cup.

The tournament was graced by Dr. Jikyeong Kang, President and Dean of the Institute, who enjoyed a chat with the golfers over breakfast before they headed out to the golf course.

As the horn sounded to announce the start of the tournament, golfers teed off shotgun-style to begin their rounds.  The tournament was played using the System 36 format to ensure an even playing field.

After their rounds, alumni and guests proceeded to the Benitez Hall where the fellowship and awarding was held. Mr. Bernie Jiao, Executive Managing Director of the Alumni Relations Office, was the emcee for the afternoon’s program.

Lots of prizes where drawn for the minor raffle such as power banks, head phones, speakers, golf caps, fitness trackers and gift certificates from Summit Hotel and Resorts to name a few. For the major raffle, a Nescafe Dolce Gusto coffee machine with two (2) box of capsules, top of the line Volvik and Bridgestone golf bags, and a 50-inch LED TV were up for grabs.  The excitement was palpable and the golfers were on the edge as the raffle draw progressed.  In the end, the big winners were:  Rod Quelacio (Volvik Golf Bag), Toti Ramos (Nescafe Dolce Gusto set), Felipe Diego (Bridgestone golf tour), 50” Smart TV (Efren Cruz).

Apart from the sumptuous food, the golfers were also treated to free flowing drinks from Fundador and premium coffee from Nescafe Gold.

Here are the big winners for this year’s tournament: