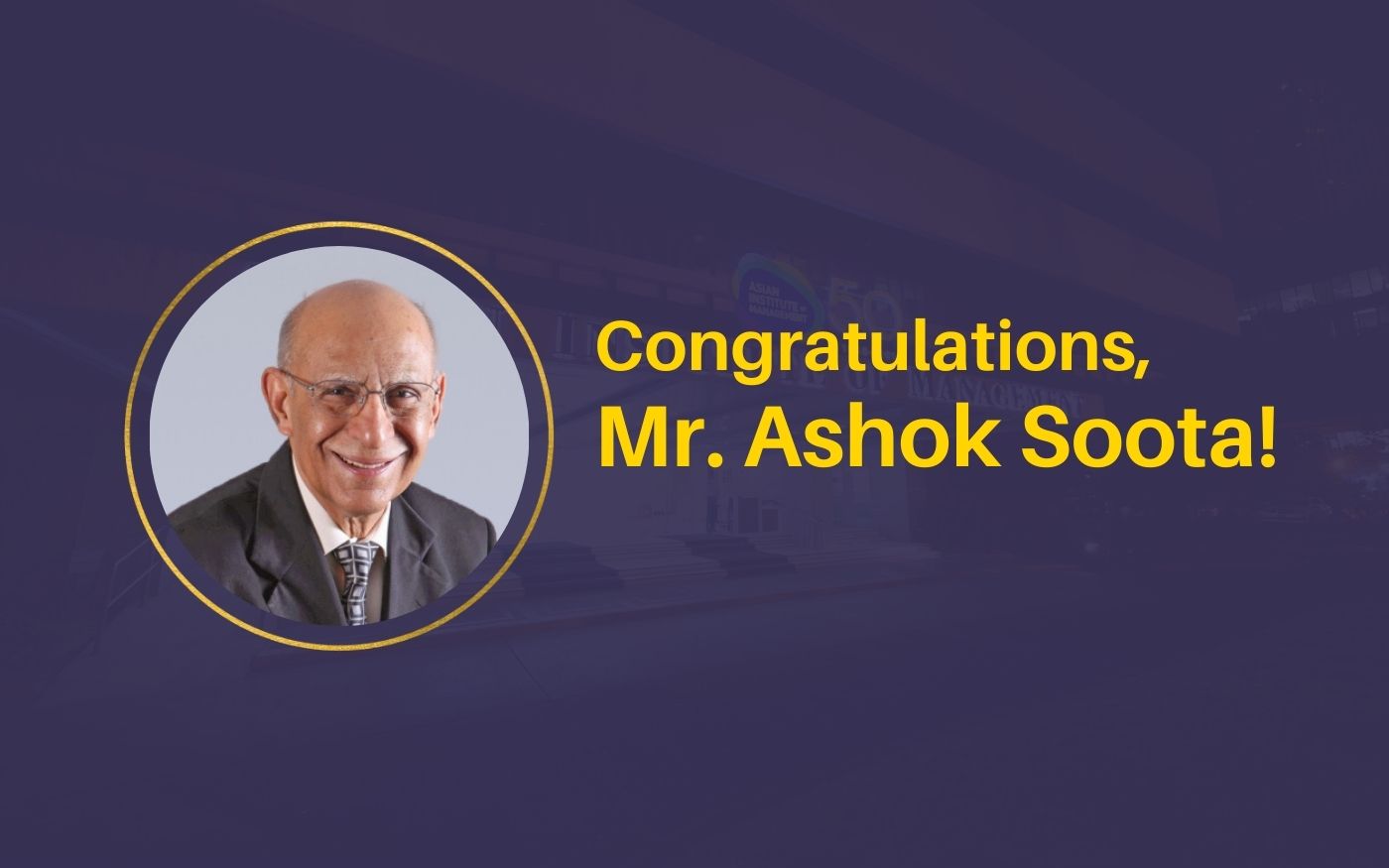 The Asian Institute of Management is proud to share the latest philanthropic undertaking of Mr. Ashok Soota (MBM 73), a member of AIM’s Board of Governors and Executive Chairman of Happiest Minds Technologies Pvt. Ltd.

On April 5, 2021, Mr. Soota launched SKAN (Scientific Knowledge for Ageing and Neurological Ailments), India’s first private sector-led, non-profit organization exclusively dedicated to carry out medical research on ageing and neurological disorders.  Focus will be on under-researched areas in the ageing process as well as Parkinson’s disease, bipolar disorders, and cerebrovascular disease.  The goals are to find kinder and gentler remedies; to delay the onset and slow the progression of the diseases; and to enrich the lives of people afflicted with the ailments.

Mr. Soota committed a total of US$27 million for SKAN, half of which will be allocated to fund projects with SKAN’s strategic partners, such as the Centre for Brain Research at the Indian Institute of Science in Bangalore and the St. John’s Geriatric Centre at St. John’s Hospital, also in Bangalore.  Other partners will eventually include the Indian Institute of Technology, Roorkee and the National Institute of Mental Health and Neurosciences.  The other half is earmarked to fund in-house projects of SKAN.

In Mr. Soota’s own words, “Formation of the Trust is the biggest challenge of my career as medical research is completely a new area to me, but I do hope to create a world class institution.”

Mr. Soota is not new to philanthropic work.  He is the chief patron of the Samarthanam Trust for the Disabled and the founding Trustee of Ashirvadam, an NGO committed to caring for the environment and providing support to the needy.  In addition, he has also supported his alma maters, including a pledge of US$ 2M to AIM, part of which has already been received by the Institute.

Please join us in congratulating Mr. Ashok Soota for his singular dedication to the upliftment of humanity through his philanthropy and vision.