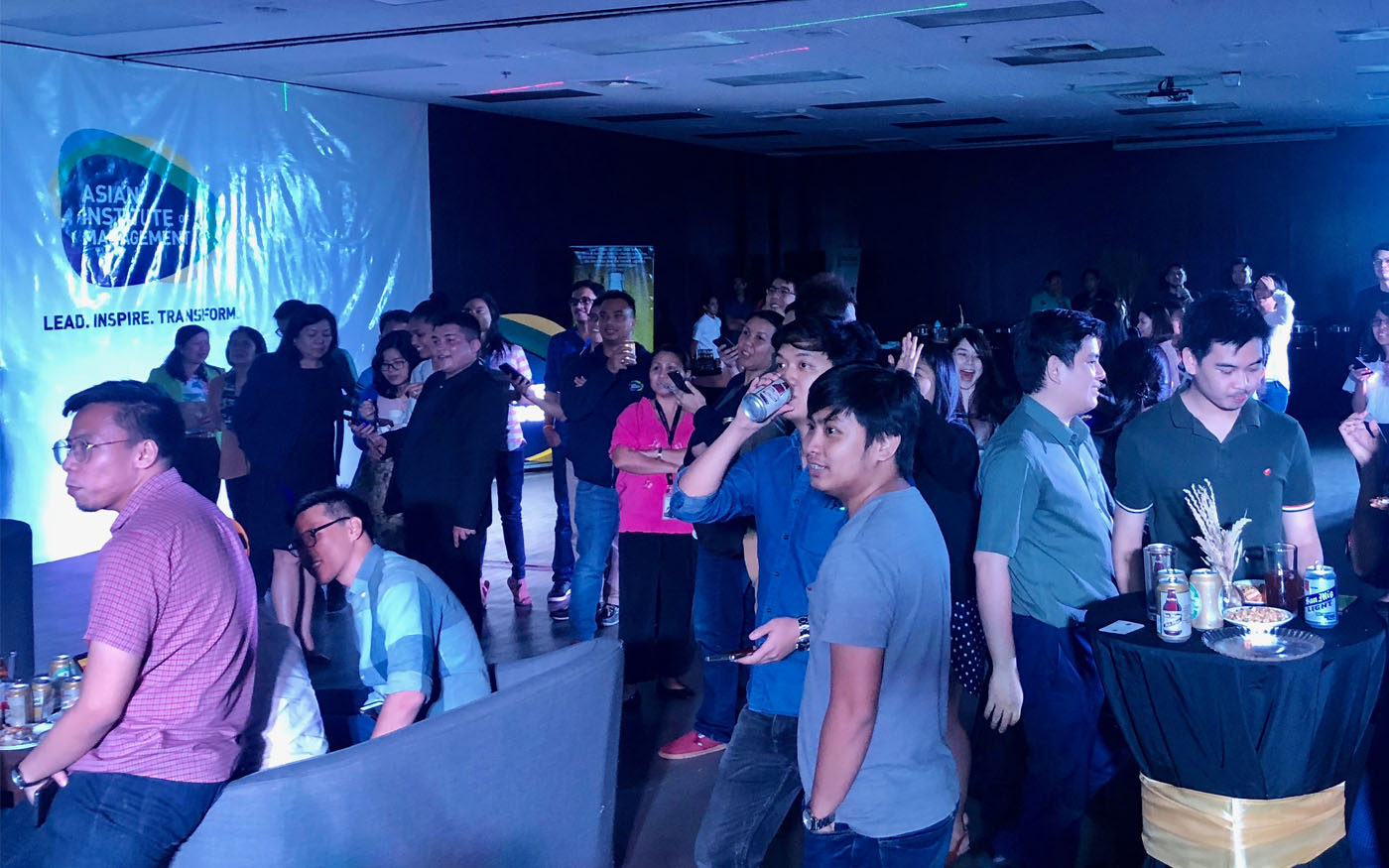 Summer may have been almost over, but the atmosphere at the Fuller Hall was filled with excitement as alumni and students flocked in droves for the traditional Beer Pub. The event was dubbed by the students as “The Biggest Party of the Summer” and indeed it was!

The Beer Pub is a quarterly event of the Alumni Relations Office that aims to connect the Institute’s alumni to the students in a casual social milieu. This activity provides an opportunity for students to network not only with alumni but with students from other programs as well, whilst taking a much needed break from all the cases and projects demanded by their respective programs.

The event started with a welcome message from Mr. Bernie Jiao, MBM 1989 and Executive Managing Director of the Alumni Relations Office. He told the students the Beer Pub is meant to give the students a respite from their daily dose of cases and homework.  He also urged them to seize the opportunity to network with the alumni who were present.

Getting to know the alumni

Masters of Ceremonies, Mike Patron and Amber Luminario, both from MDM 2019, got the festivities off to a great start with a networking game.  Students and alumni were made to pick from a deck of playing cards.  Then, they had to find those with matching cards to form a team of students and alumni.  To maximize the networking opportunity, teams were given ample time to mingle among themselves and get to know one another.

All the groups formed in the networking game participated in the Beer Games, which started off with a Beer Quiz.  Each group had to come up with a team name and work together to answer general knowledge questions about beer and AIM.

Everyone was on their feet as all the teams gamely competed to be the first to answer fun questions like “what do you call the fear of beer” and “what is the world’s highest alcohol volume found in beer”.  Loud cheers can be heard across the hall whenever teams got the correct answers.

Next up was a beer drinking game called “Flip Clup”, a game that tested both their drinking prowess and dexterity.  Participants had to chug a cupful of beer then flip the cup over to land in an upright position. Winners received gift certificates from Starbucks, sponsored by the Student Association.

As part of the beer pub tradition, the Alumni Relations Office (ARO) served a variety of party-sized pizza flavors from the one of AIM’s favorite pizza places. Judging from the stacks of empty boxes, the pizza was definitely a crowd favorite.  Of course, flowing cans of the world famous San Miguel Beer quenched everybody’s thirst and left everyone with a good buzz.

DJ Reyadan Gaspur kept the party going with an excellent mix of retro and contemporary dance tunes.  Everyone had on their dancing shoes and gamely showed off their dancing prowess.

We would like to thank the students and alumni who joined the fun. We hope to see you at the next Beer Pub!