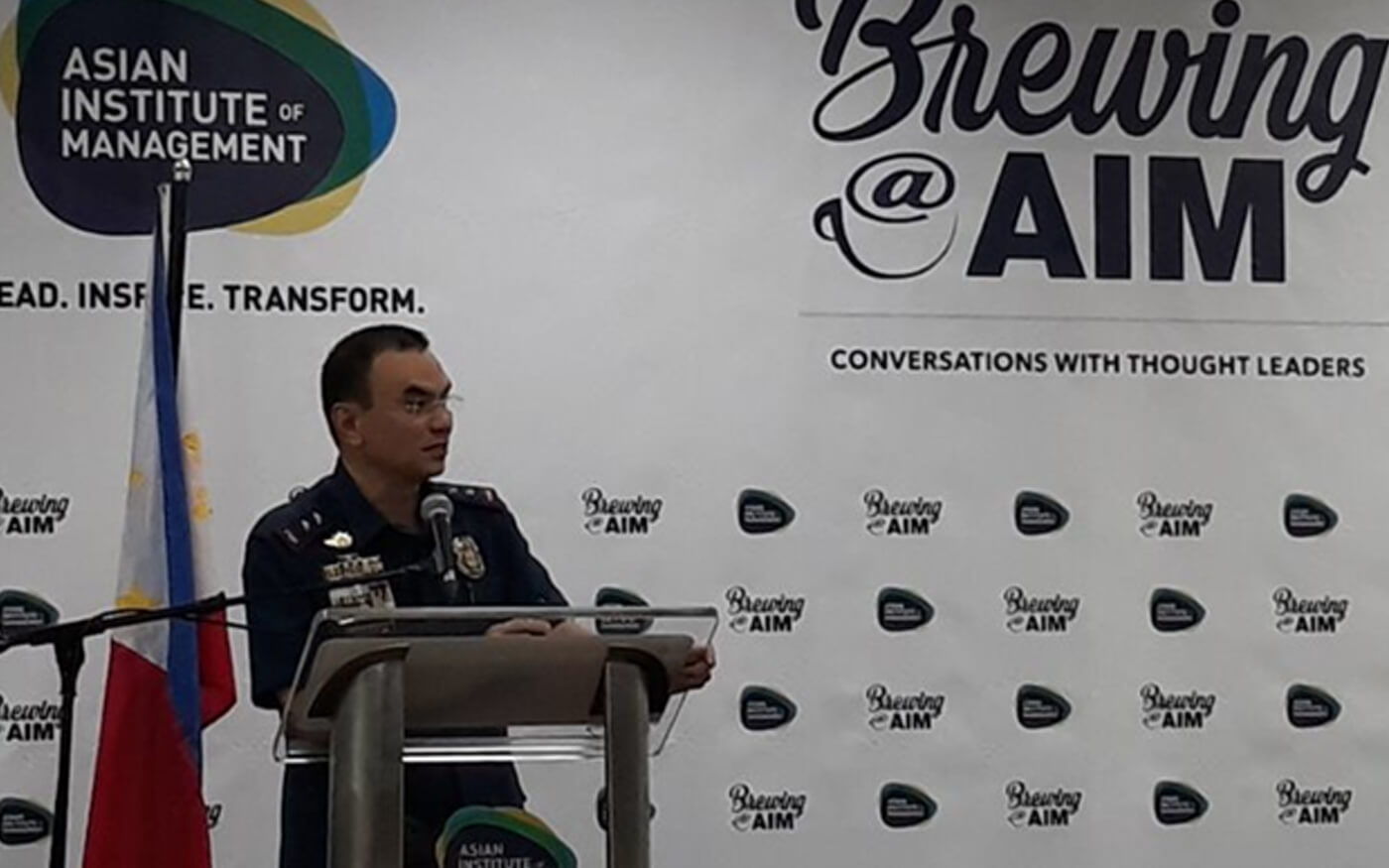 NCRPO Chief Director and AIM alumnus Guillermo Eleazar was the featured speaker at Brewing@AIM, a regular breakfast forum organized by the Alumni Relations Office for the alumni and AIM community.

Director Eleazar presented statistics clearly showing a significant decline in the crime rate within the National Capital Region since his posting. This was warmly appreciated by the business community as it has resulted in a better and safer business environment. 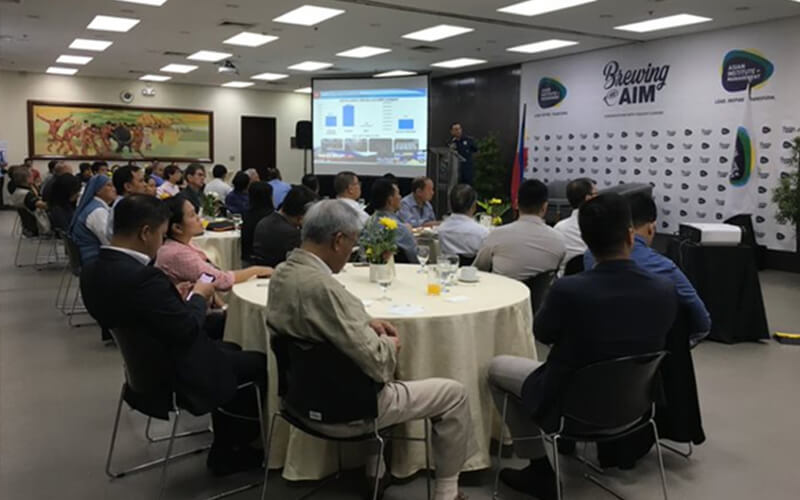 He emphasized the efforts of the Police Force to “free-up” the Metro from the stranglehold of drug lords and to help rehabilitate drug users through a strategic effort more popularly known as “Operation Tokhang”. He also highlighted police actions against all perpetrators of criminality, regardless of their positions or status in society and government. As proof, he showed photo representations of the arrests and the process involved in performing said efforts. 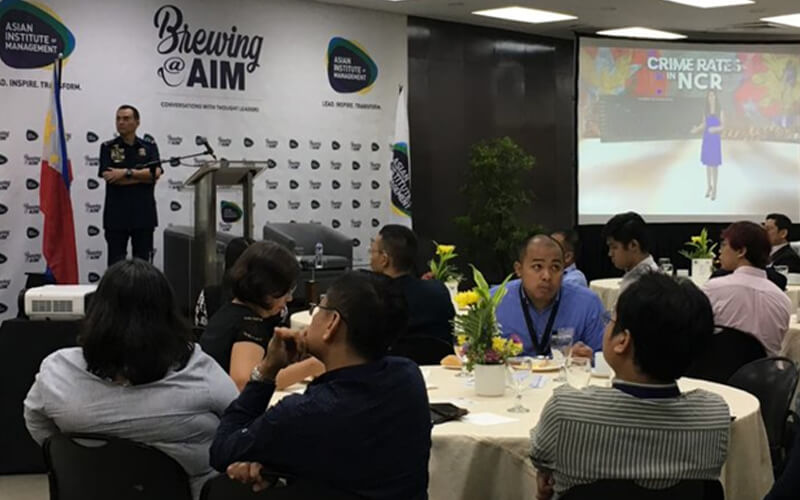 The event concluded with a lively Question and Answer that allowed the audience to clarify the current issues affecting the National Capital Region as well as to share their insights about the presentation. 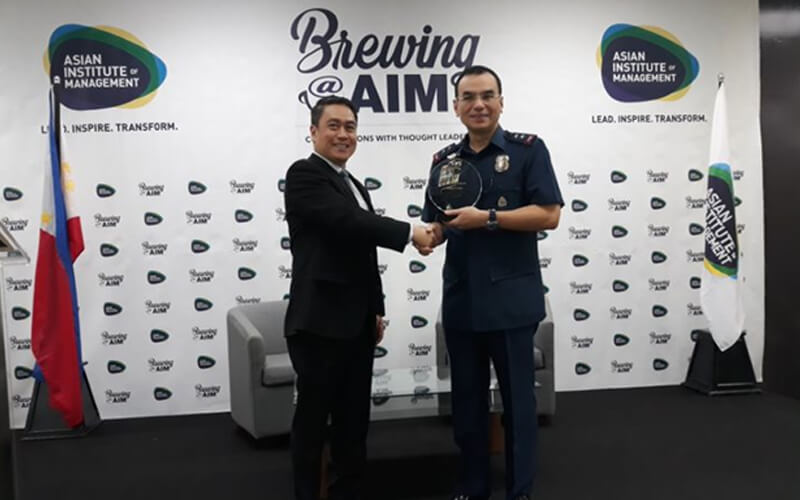 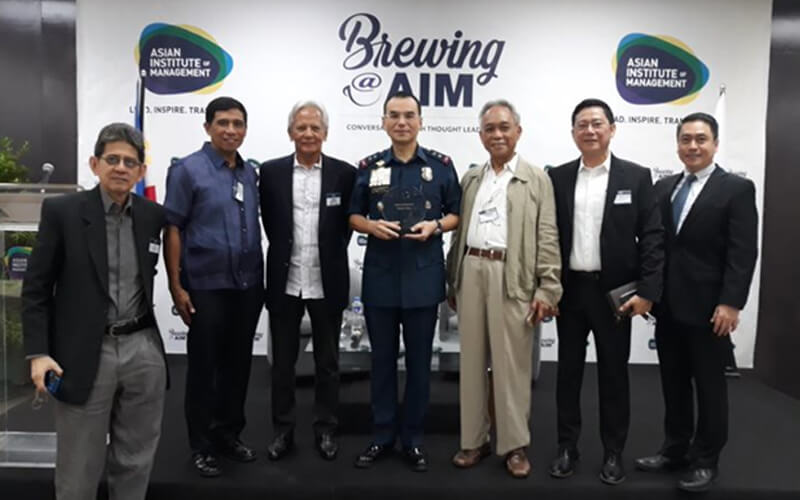 The Alumni Relations Office wishes to thank Director Eleazar for sharing his valuable time with the AIM community and for gamely answering all questions thrown at him by our very inquisitive and highly analytical alumni!