75th Graduation Ceremony of the Asian Institute of Management 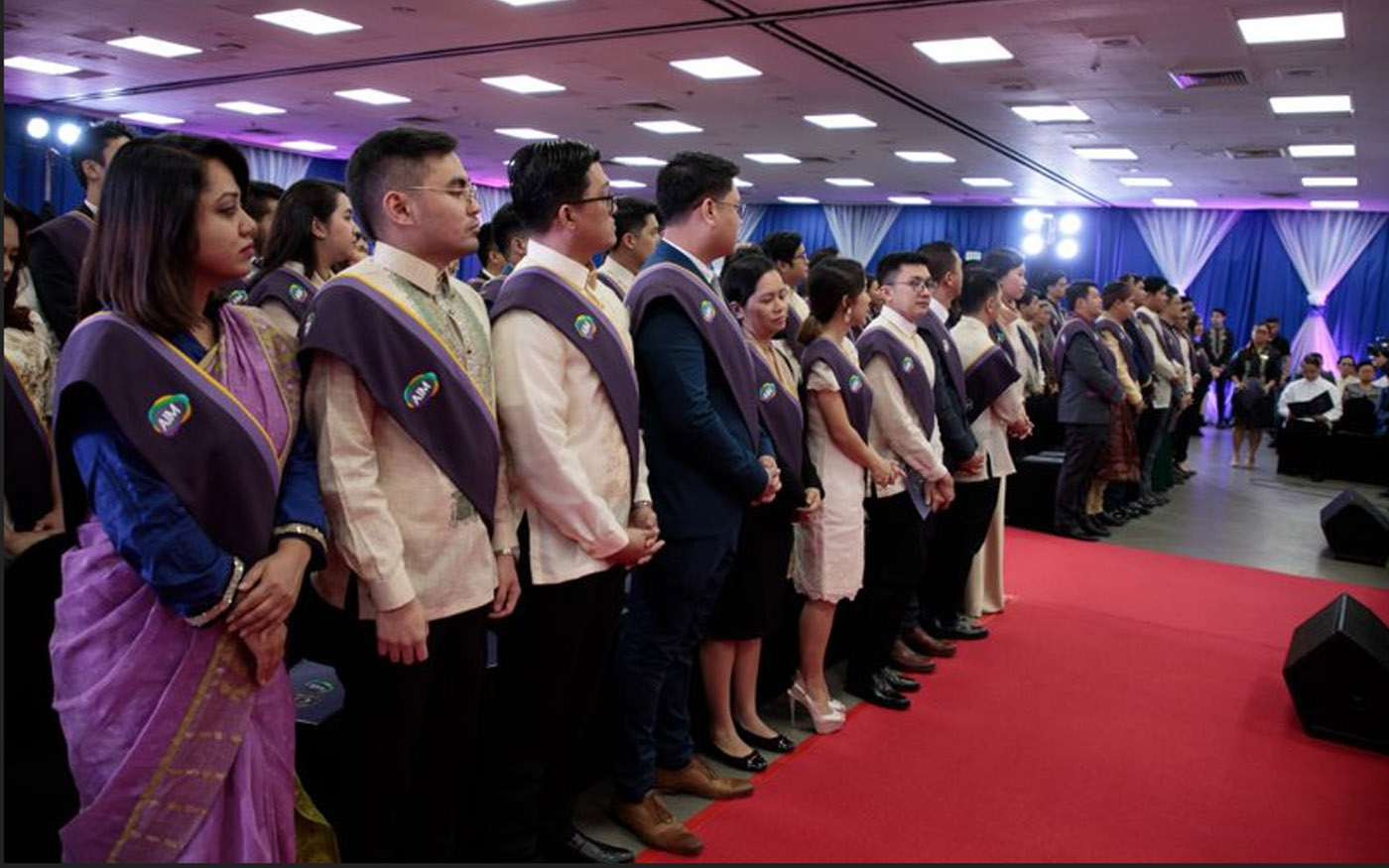 The Asian Institute of Management’s 75th Graduation Ceremony was held on December 8, 2019 at the Institute’s Stephen Fuller Hall.  One hundred graduates received their Masters’ degrees from AIM President and Dean Dr. Jikyeong Kang and the respective school heads of the Washington Sycip Graduate School of Business, the Stephen Zuellig School of Development Management and the Aboitiz School of Innovation, Technology and Entrepreneurship.  The joyous occasion was a triumphant finale to the students’ rigorous academic journey at one of the preeminent management schools in the region.

This year’s batch produced one High Distinction and four Distinction awardees, all from the MBA 2019 class.  Graduating with High Distinction was Carlo Jan Amores, while Marwin Baldevia, Eduardo Luy, Richard Saavedra and Kevin Vosotros all graduated with Distinction.  Dr. Ellaine Joseph, MDM 2019, and Kevin Vosotros delivered the response from the graduates.  Receiving special awards were Roxsanee Tutor, MBA 2019, for the Student Leadership award and Vincent de Paz, MDM 2019, for the Best Capstone award.

Dr. Jikyeong Kang with Roxsanee Tutor and her brother

Dr. Jikyeong Kang with Vincent De Paz and his family

One of the highlights of the ceremony was the conferment of an Honorary Doctorate in Management to the Hon. Conchita Carpio-Morales, former Ombudsman and Associate Justice of the Supreme Court.  In her well-received speech, she exhorted the graduates to use their world-class education to pursue the common good as they leave the Institute to make their mark in Asian businesses and societies.  Eloquently stating that brilliance lacks luster if it is devoid of virtue, she challenged the graduates to rise to the occasion when confronted with situations that crucially test their personal integrity and core values.  Quoting the late Washington Sycip who was one of AIM’s founders, “We must have leaders who will think of what is good in terms of the country as a whole –  not just in terms of profits for themselves.”  In concluding, she encouraged the graduates to soar high in their professional achievements but always with the public interest in mind, and to instill the virtue of integrity in the way they conduct business wherever in the world they may be.

Adding further luster to the ceremony, and in a show of support to the honoree, was the presence of the former Chief Justice of the Supreme Court Artemio Panganiban, former Associate Justice Antonio Carpio, president of the University of the Philippines Danilo Concepcion, National Artist F. Sionil Jose and National Scientist Raul Fabella.

The Asian Institute of Management holds two graduations annually to accommodate the growing number of students who enroll in the Institute’s expanding program offerings.  Aside from the flagship Master in Business Administration program, AIM also offers part-time courses such as the Executive Master in Business Administration, Master of Science in Innovation and Business, Master in Entrepreneurship and the Executive Master in Disaster Risk and Crisis Management.  Full-time programs include the Master of Science in Data Science and the Master in Development Management.  The next graduation will be on June 28, 2020.

Below are this year’s graduates: 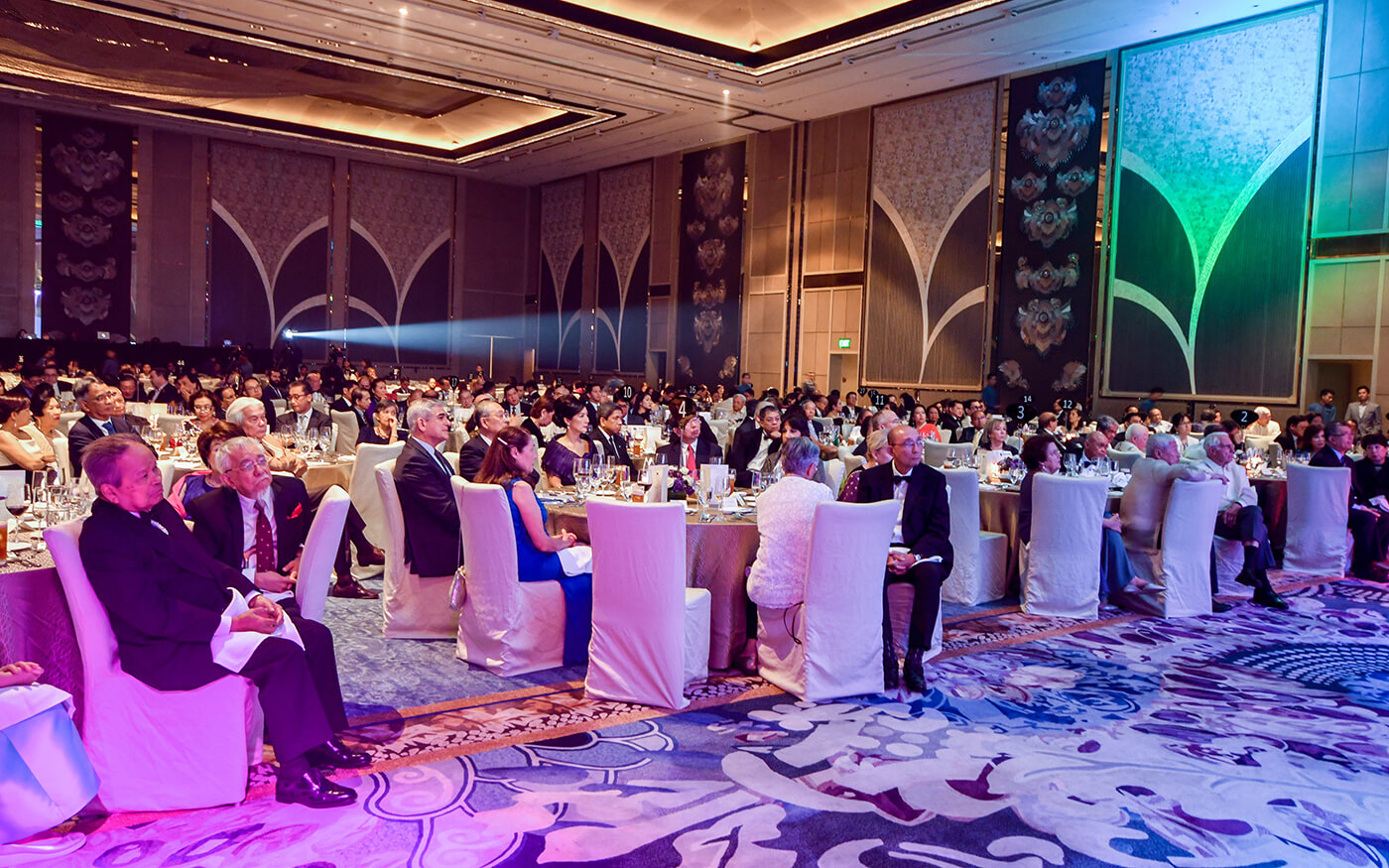